Sign up to myFT Daily Digest to be the first to know about Chinese equities news.

Shares in Tencent and NetEase fell sharply after authorities ordered the Chinese technology companies to pivot from focusing on profits in online gaming and on reports that Beijing had halted approvals for new games.

China’s two leading gaming companies were summoned for talks on Wednesday in Beijing, in which top officials asked them to “profoundly understand the importance and urgency of preventing minors from online game addiction”, according to Xinhua, the state news service.

Hong Kong-listed shares in NetEase and Tencent closed 11 and 8.5 per cent lower respectively on Thursday, with losses escalating after the South China Morning Post reported the companies were informed at the meeting that approvals for all new online games had been suspended.

The newspaper then corrected their report to say approvals had simply slowed down and to remove the suggestion the companies were informed about this at the meeting.

The Hang Seng Tech index, which tracks the largest tech groups listed in the city, shed 4.7 per cent.

The meeting in Beijing marked authorities’ latest assault on China’s tech sector. The stocks had experienced a tentative recovery as the steady drumbeat of punitive measures slowed following Beijing’s announcement in late August that it would limit children to three hours of gaming a week.

But the Chinese Communist party’s publicity department and government regulators, including the national press and publication administration, renewed the regulatory pressure. They urged online gaming companies “to break from the solitary focus of pursuing profit or attracting fans and other erroneous tendencies, and change game rules and designs inducing addictions”, according to Xinhua. 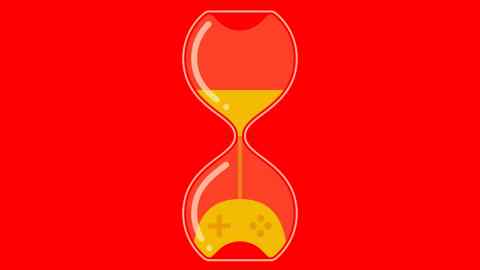 Ke Yan, an analyst with DZT Research who writes on the Smartkarma platform, said the comments were part of the government’s “continuous effort of fine-tuning the online game industry”.

“No details were given how they are going to stop the dominance of Tencent and NetEase,” Ke said, adding that the guidance around preventing monopolistic behaviour “impacts the big players”.

Connie Gu, an analyst with China’s Bank of Communications, said a delay in the release in China of Tencent’s League of Legends: Wild Rift, announced by the company on Thursday morning, also factored in to the share price dip. “The League of Legends game should be [of] benefit to revenue, but since the delay, the market [was] concerned,” she said.

Tencent, which has come under regulatory pressure over its lucrative Honor of Kings mobile game in recent months, said it took the physical and mental health of minors “very seriously”.

“We appreciate the guidance and instruction from the relevant regulators, and will work hard to be in full compliance with all rules relating to youth game addiction and content regulation,” the company said.

NetEase said it planned to “strictly follow” anti-addiction rules and instructions in regards to gaming for minors. “We seek to build and promote a wholesome gaming environment in China,” the company said.

The report that new online games had been suspended could not immediately be confirmed. But, in an unusual delay, the National Press and Publication Administration, the regulator in charge of online game approvals, is yet to publish its figures for the month of August.

Ke, from DZT Research, said it was possible there was a slowdown in game approvals by the regulator. “More than a year ago it was around one to two a month, now it is like one [every] few months for Tencent,” Ke said.

Chundi Zhang, a gaming analyst at Ampere Analysis, said Tencent was ahead of the industry in terms of its relations with regulators but “it is still facing the threat of an increasing industry-wide crackdown”.

With additional reporting by Eleanor Olcott in London

Your crucial guide to the billions being made and lost in the world of Asia Tech. A curated menu of exclusive news, crisp analysis, smart data and the latest tech buzz from the FT and Nikkei