Sign up to myFT Daily Digest to be the first to know about UK agriculture news.

The UK’s pig producers have warned they are weeks away from culling healthy animals after labour shortages in abattoirs caused a backlog of 70,000 surplus animals on farms.

The National Pig Association is the latest group to sound the alarm over the effects on its members from a lack of workers that has hit food production and haulage, with knock-on effects to many UK supply chains.

Zoe Davies, chief executive of the association, said some slaughterhouses were running as much as a quarter below normal capacity, leaving about 15,000 extra pigs per week stuck on farms.

“If they don’t do something soon we will have to destroy perfectly healthy pigs,” she said.

Surplus pigs incur extra costs in the form of feed and penalties charged by processors for overweight animals. This has added to pressures on pig farmers, many of whom have been operating at a loss since the winter, after problems caused by the UK’s exit from the EU left them with a surplus of animals at the start of the year, said Davies.

“It’s devastating to a lot of farmers who had only just sorted themselves out from the last time,” she said. “We are expecting quite a big exodus from the pig sector next year.”

Meat processors have also had to reduce the range of cuts available and were struggling to fulfil orders due to the shortage of staff, said Nick Allen, chief executive of the British Meat Processors Association.

Davies said there was now “huge pressure” on pork products such as gammon, and said customers would have to resort to imports to fill the gaps in supply.

The UK’s post-Brexit points-based immigration regime focuses on highly skilled workers and those with well-paid job offers. The government has resisted calls to add butchers to the list of occupations facing shortages, a move that would make it easier for those applying for specified jobs to secure visas.

Brexit and the pandemic have also prompted large numbers of EU workers to return home, with some estimates putting the exodus at 1m plus, according to the Food and Drink Federation. 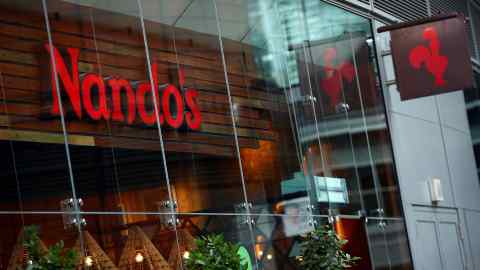 Ian Wright, its chief executive, said: “If fast action is not taken on [labour shortages], the impacts which we are already seeing will worsen — including supply-chain disruption, on-shelf shortages and potentially closures in the hospitality sector.

“This is ever more important in the context of the autumn being a key time for suppliers to ensure capacity is available in advance of Christmas demand.”

Pig slaughter levels in the week to August 21 were 16 per cent, or 30,000 animals, below last year’s levels, according to the Agriculture and Horticulture Development Board, while prices paid for pigs were falling. The UK is home to about 5m pigs in total.

Allen said the broader labour market might ease with the conclusion of the furlough scheme at the end of September, although he did not believe there were skilled butchers among those furloughed.

He said the government had told companies to pay more and improve working conditions “and then you will get British workers”, but he warned that this would lead to a rise in the cost of food. Wages have increased, with entry-level meat-processing jobs advertised at an annual salary of £18,000 a year ago now offering £22,000, he said.

“That’s got to manifest itself in food prices . . . things could be quite expensive at Christmas,” he added.