Fed officials sketch out conditions for scaling back monetary support

Sign up to myFT Daily Digest to be the first to know about US economy news.

Top officials at the Federal Reserve have begun to sketch out in more detail the path towards the eventual withdrawal of monetary policy support, citing the strength of the economic recovery despite a resurgence of Covid-19 infections.

Richard Clarida, vice-chair of the US central bank, on Wednesday laid the foundation for the scaling back of the Fed’s $120bn asset purchase programme and an interest rate increase by 2023, which would be its first since slashing rates to zero at the onset of the pandemic.

In a speech delivered at an event hosted by the Peterson Institute for International Economics, Clarida said “progress” had been made towards the Fed’s goals of full employment and 2 per cent average inflation, and indicated that the economy was moving towards the thresholds that would warrant an adjustment to the central bank’s bond-buying programme.

His comments align with those made by Fed chair Jay Powell following a monetary policy meeting last week, which featured the first “deep dive” into the potential timing, pace and composition of that forthcoming move.

Booming economic growth and higher-than-expected inflation prints have bolstered the case made by more hawkish members of the Fed to move quicker to remove policy support, while the doves point to the alarming spread of the Delta coronavirus variant and the patchy labour market recovery.

In an interview with CNBC on Monday, Fed governor Christopher Waller pushed for an accelerated timeline, urging the central bank to “go early and go fast” on “tapering” its bond buys. Should the August and September jobs reports show subsequent gains of between 800,000 and 1m new positions, that may be sufficient to justify a move, he said.

“In my opinion that’s substantial progress, and I think you could be ready to do an announcement by September,” Waller said, adding that the Fed may have to “push things back a couple of months” if those improvements did not materialise.

A faster timeframe was necessary, he said, in order to ensure the central bank was well-positioned to raise interest rates as early as 2022.

“I’m not saying we would, but if we wanted to, we need to have some policy space by the end of the year,” he added.

Clarida on Wednesday suggested he did not support moving as early as 2022, instead making the case for an adjustment in 2023 should the economic forecasts laid out at the June meeting come to fruition. 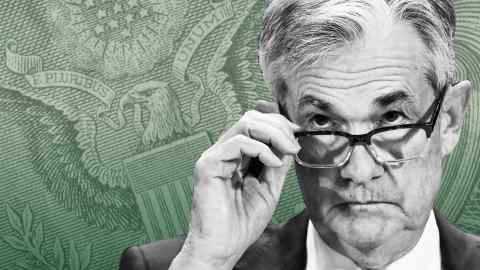 The median of Fed officials’ estimates predicted gross domestic product growth of 7 per cent this year, with the unemployment rate dropping to 4.5 per cent and falling further in 2022 and 2023 to 3.8 per cent and 3.5 per cent, respectively. Core inflation is expected to come in at 3 per cent, before declining to 2.1 per cent in 2022.

As part of the new framework unveiled last year, the Fed has said it needs to reach maximum employment and see inflation rise to 2 per cent and on track to “moderately exceed 2 per cent for some time” before lift-off.

“If the outlook for inflation and outlook for unemployment I summarised earlier turn out to be the actual outcomes for inflation and unemployment realised over the forecast horizon, then I believe that these three necessary conditions for raising the target range for the federal funds rate will have been met by year-end 2022,” he said on Wednesday.

Clarida said he was watching inflation figures, which have come in well above expectations, noting that if core inflation comes in this year “at or certainly above” 3 per cent, he would consider that “much more than a ‘moderate’ overshoot” of the Fed’s longstanding 2 per cent target.

“There are risks to any outlook, and I believe that the risks to my outlook for inflation are to the upside.” he added.

A pay rise will not fix broken workplace culture