Sign up to myFT Daily Digest to be the first to know about Technology sector news.

Facebook is ready to launch its digital wallet, according to David Marcus, the executive who spearheaded the social media group’s move into digital currencies.

In a memo on Wednesday, Marcus said that Novi, a digital currency wallet that will be integrated into Facebook apps, was “ready to come to market”, adding that it had secured licences or regulatory approvals in “nearly every” US state.

He said that the wallet would offer free person-to-person payments both domestically and internationally, describing Facebook as “a challenger in the payments industry”.

He also said that Facebook would be able to offer “cheaper merchant payments to businesses” through Novi while still making a profit on merchant services, once it had a “meaningful customer base”.

“We can then branch out and offer a variety of other financial services in partnership with respected and well-regulated partners, and expand from there,” he added.

Facebook declined to give more details on the precise timing of a launch, and which coin or coins the wallet might hold, following reports that it is looking to work with a stablecoin other than Diem, a beleaguered digital currency initiative also spearheaded by the social media group.

Marcus, who currently heads up Facebook’s financial services arm F2, is one of the co-creators of Diem, a project announced in 2019 that initially sought to create a synthetic cryptocurrency backed by a basket of currencies. The project is backed by 26 businesses and non-profit organisations, including Facebook, which designed Novi to hold Diem coins.

In the wake of concerns from regulators that such a coin could threaten monetary stability and facilitate money laundering, Diem dramatically scaled down its vision to focus instead on launching a single stablecoin backed one-for-one by the dollar.

But stablecoins are also now facing heightened regulatory scrutiny, after the total value in circulation more than quadrupled this year to $120bn.

In July, top US officials including Janet Yellen, Treasury secretary, said they expected to issue recommendations in the coming months, and raised potential risks to consumers, the financial system and national security.

Meanwhile, Diem has struggled to get off the ground because of regulatory headwinds, prompting Novi to explore other stablecoin partnerships, according to a report earlier this week from The Block. To this end, Novi has held discussions with stablecoin providers Circle and Paxos, The Block said. 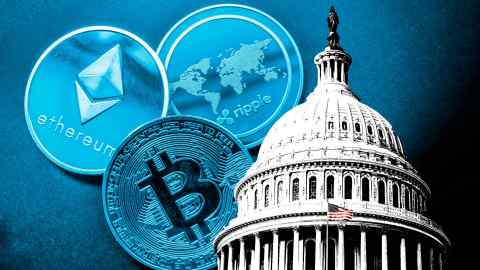 In his memo, Marcus argued that stablecoins and their wallets may “more effectively” detect illicit activities than the traditional financial system, as extra controls can be built into them.

He also addressed concerns over the reserves that back such coins, arguing that an ideal stablecoin that “always holds 1:1 reserves in cash at US banks and very short-term Treasuries, with the issuer holding capital as a buffer” could offer “better consumer protections than a fiat balance held in any wallet available in the US right now”.

The most popular stablecoin, Tether, which has more than $64bn worth of coins in circulation, is yet to provide details about the identities of the issuers of its holdings of more than $30bn in commercial paper, a form of short-term debt.

It settled with the New York attorney-general in February after the state alleged that it had lied about the state of the stablecoin’s reserves, although it did not admit wrongdoing.

Marcus rejected criticism of Facebook’s digital currency plans as “profoundly un-American” and said: “I do believe we deserve a fair shot.”

For the latest news and views on fintech from the FT’s network of correspondents around the world, sign up to our weekly newsletter #fintechFT