A senior Democratic lawmaker has warned the Federal Reserve against raising interest rates too soon, highlighting the risk of a political backlash as the US central bank begins to ponder the withdrawal of monetary support.

The comments from Carolyn Maloney, representative from New York and a senior member of the House financial services committee, came in response to last week’s economic projections from Fed officials, which pointed to a two-notch interest rate rise in 2023, earlier than forecast just three months ago.

“The Fed should be very cautious about pumping the brakes on the economy,” Maloney told the Financial Times. “The main point I want to make is that we’re coming out of an economic depression. So the last thing we need is for the Fed to tighten monetary policy too quickly and send us right back into a recession.”

Maloney’s comments came ahead of congressional testimony on Tuesday afternoon by Jay Powell, the Fed’s chair, before the House’s select subcommittee on the coronavirus crisis. Maloney, who has represented New York City districts in the House since 1993, is a member of the panel.

The Democratic lawmaker said she was concerned that the recent rise in inflation would “scare” the US central bank into increasing interest rates, adding that she was worried “traditional inflation statistics” were “unreliable” and reflected outdated spending patterns.

“We usually measure inflation using a basket of goods and services that represents what people usually purchase. Right now . . . they’re not spending money on restaurants, they’re spending, really, on groceries.”

Although the Fed’s economic projections showed that most of its policymakers now expect interest rates to rise in 2023 on the back of a stronger recovery, the central bank has indicated that it would only do so if certain milestones were met. 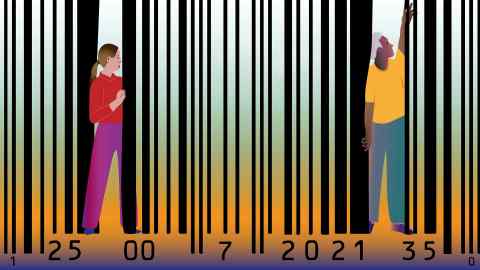 Those thresholds include full employment as well as inflation hitting and being “on track” to exceed 2 per cent for some time. Fed officials have repeatedly said those goals remain quite distant, even though they are starting to discuss slowing the pace of the $120bn in monthly bond purchases launched at the start of the pandemic.

In prepared remarks released ahead of Tuesday’s hearing, Powell did not discuss the Fed’s policy path, nor did he address last week’s economic projections. He noted the “sustained” improvement in recent economic data, but said higher inflation was likely to be “transitory”, and the labour market recovery was “uneven”, with soothing language suggesting that any tightening remained far off and would be approached with prudence.

“The Fed pursues monetary policy aimed at fostering a strong, stable economy that can improve economic outcomes for all Americans. Those who have historically been left behind stand the best chance of prospering in a strong economy with plentiful job opportunities,” Powell said. “And our economy will be stronger and perform better when everyone can contribute to, and share in, the benefits of prosperity.”

Maloney’s warning comes as US president Joe Biden and his economic team will in the coming months have to decide whether to reappoint Powell for a second term as Fed chair starting early next year or to replace him. Democrats have been satisfied with Powell’s job, but more hawkish policy could erode that backing.

Robert Armstrong dissects the most important market trends and discusses how Wall Street’s best minds respond to them. Sign up here to get the newsletter sent straight to your inbox every weekday